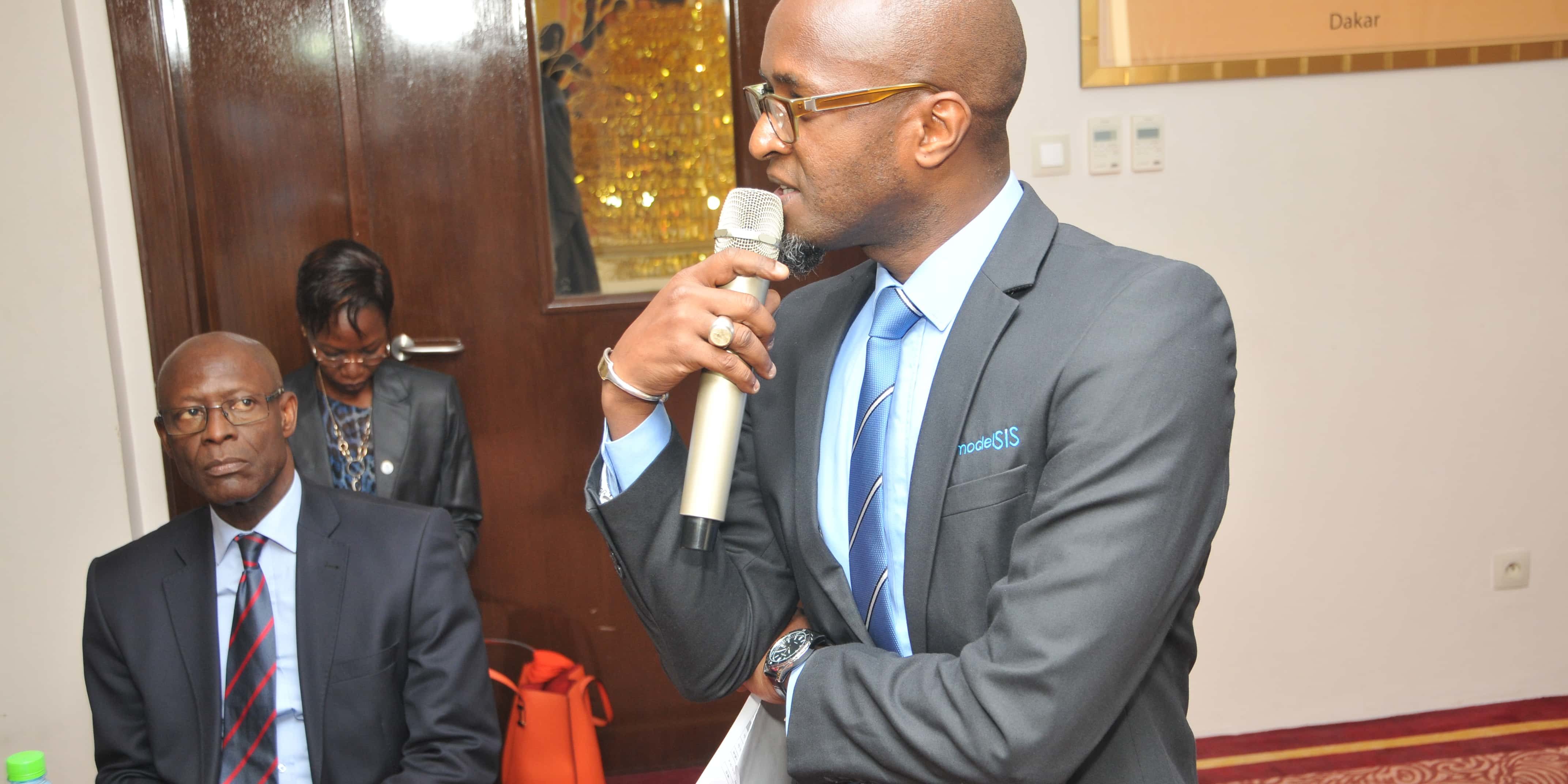 ModelSis organized on December 8-9th, 2016 a sharing workshop on the data crossing project among financial management bodies in Senegal. This meeting, the opening ceremony of which was presided over by the Secretary General of the Ministry of Economy, Finance and Planning (MEFP), was aimed at grouping the operational and technical stakeholders to exchange views on the needs in data exchange, the content and format of the reports and scoreboards, and the institutional anchorage of the platform.

STRONG INVOLVEMENT OF ALL PUBLIC ENTITIES

The meeting was expected to enable representatives of the different bodies concerned to reach agreement on the design of the platform and on the information expected by each of the financial management bodies, the aim being to strengthen synergy among them.

In her welcome address, ModelSis Managing Director rejoiced over the availability and wholehearted support of the Ministry Secretary General, not without thanking the technical advisor to the Ministry for IT, the directors general, the technical executives, the department officials and their aides that did not spare any effort to support the ModelSis technical team in the conduct of its various missions.

TANDEM: THE NEED FOR A DATA CROSSING PLATFORM AMONG FINANCIAL BODIES

In his opening address, MEFP Secretary General hailed the organizing of this workshop holding on an issue of paramount importance for MEFP authorities. “The modernization of services of the Ministry of Economy, Finance and Planning and the establishment of a paperless data interchange mechanism in real time among the departments concerned is a major challenge for the highest authorities of this Ministry, as the attainment of such an objective will facilitate the management of public finance,” he said.

Taking over, ModelSis MD made a presentation centered on the genesis of the data crossing project, by recalling the objectives, the works done with the various stakeholders, and the initial constraints encountered in the mobilization of administrative bodies, which eventually made MEFP lift the steering of the project up to the Secretary General level. She also unveiled the general design of the solution that was put in print in a document handed to relevant MEFP officials for review.

Seizing the occasion, the ModelSis technical team gave an insight into the platform, the development of which was at an advanced stage. The platform is composed of an advanced Excel version facilitating in-depth analyses on disaggregated data and a user-friendly web application that enables users, based on their authorizations, to generate reports and scoreboards.

ADIE, THE PILOT SITE FOR THE LAUNCH OF THE PLATFORM

This presentation gave rise to a Questions & Responses session during which the ModelSis team cast light on the technical options and the prerequisites for administrative bodies to ensure a proper functioning of the platform. The first version of the platform will be deployed on December 31st 2016 at ADIE as a pilot site, with a reduced scope, before a generalization by the end of the first quarter of 2017 with the gradual integration of other bodies.